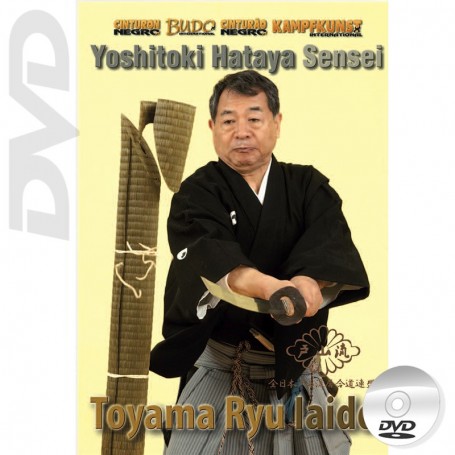 Shipping and Returns Policy
This DVD is the result promoted by the Spanish subsidiary of the Zen Nihon Toyama-Ryu Iaido Renmei (ZNTIR - Spain Branch), to publicize the technical content of the Toyama-Ryu style as practiced in the ZNTIR Honbu Dojo in Machida, Tokyo, unchanged, with no alterations. The loyalty of the program is such that is its president and maximum technical manager, Yoshitoki Hataya Sensei, who, accompanied by some members, executes personally the entire compendium of the current style program. In him you can find the basic structure of the methodology that is applied, from the coded exercises of warming up and preparation and through the cutting exercises; the guards; the school Katas, including those corresponding to the Toyama Army Academy, the Gunto Soho and its explanation; work in pairs, both in Kumitachi and Gekken Kumitachi, and the cornerstone on which the Toyama-Ryu is based, i.e., Tameshigiri or cutting exercises on a real target. Zen Nihon Toyama-Ryu Iai-Do Renmei (ZNTIR) is the body that currently - once reviewed and adapted the concepts and methodology of a school that comes from a method of actual combat - intends to maintain alive this tradition and the original forms through a system that unifies body, mind and spirit in a realistic and effective way. Thanks to the commitment of a few graduates of the Toyama Army Academy (Rikugun Toyama Gakko), who continued secretly keeping alive the art until the lifting of the bans and the return of sovereignty to the Japanese people, today can learn a fencing style framed among the current schools of Iai-Do. This is a meticulous DVD in different languages, which proves to be a valuable source for researchers and practitioners of Japanese sword, and for martial artists in general or interested in the history of Japan and its last world war. It's a real stroke of luck being able to observe the techniques it contains, and at least for serious researchers, is well worth having it in your video library. We practitioners of the style want to share loyally the knowledge of our Japanese fencing school, in the hope that at the same time, the own internal values of those armed men impregnate the new generations and allow to glimpse a revulsive, in a traditionally way very different from the current approach to combat disciplines of Japanese origin. - Languages included in the DVD format: English, Español, Italiano, Français. . -
Yoshitoki Hataya Sensei
DVD/TOYAMA2-PAL
0.10 kg
9788415407522 DVD Budo Japanese and Okinawan Masters of the Martial Arts 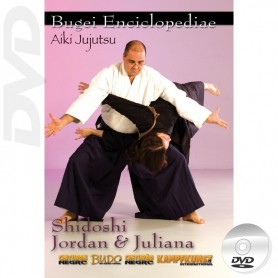 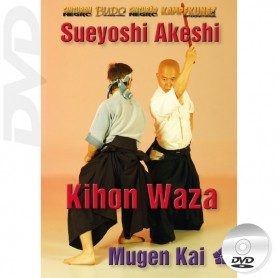